Some cognitive technology vendors and customers are moving past the “science project” phase and using artificial intelligence (AI) to transform business processes. Now is the time for businesses to consider the areas suitable for AI and how they can help transform key processes. 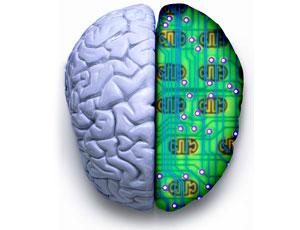 With most new technology, there is a period of excitement and media attention about the power and capabilities of the technology itself. But with effective technologies, the focus should shift rapidly to how the new tools can change business processes. We’re at the beginning of that shift for cognitive technologies—systems that can ingest and analyze information in various forms, and make intelligent decisions.

The early applications of cognitive technologies revolved around their capabilities in games, including Jeopardy! and chess. These were impressive displays that whetted appetites for the smart machines, but the application to business wasn’t entirely clear. Now, however, it’s time to think about the business processes that cognitive technologies can help transform, and how that reengineering can be accomplished.

There are still some vendors and customers who view cognitive technology as suitable only for science projects. But I believe some leading vendors of these technologies are shifting to a process focus. When the early hoopla wears off, they’ll be evaluated on how they help companies transform key processes.

How exactly should companies go about this reengineering process? I think there are several key steps to consider. The first is to think about just what processes are suitable for cognitive reengineering, or “cognitizing” as Cognitive Scale chairman Manoj Saxena refers to it. Perhaps obviously, knowledge-intensive processes are often most appropriate for this technology. That typically means that there is some knowledge bottleneck in the process—too much knowledge for humans to absorb and apply, or knowledge that exists somewhere but isn’t getting used to solve a problem.

That sort of process can be found all across an organization. It might involve, for example, assessing customers or suppliers to understand which ones are most desirable to do business with. It might involve assessing financial investments, or looking at M&A opportunities. In legal work, it might entail assessing documents for a case, or extracting contract provisions. It could involve somewhat less intellectual work in administrative contexts—pulling and manipulating data from a variety of information systems, and taking automated action on it. There are literally hundreds or even thousands of knowledge-intensive tasks to which these technologies could be applied.

Given the potential number of opportunities, they need to be prioritized. Unfortunately, it is possible to spend a lot of time implementing intelligent technologies that aren’t actually a fit for your business or don’t solve an important problem. So it’s a good idea to start with a simple question: If you could wave a magic wand and give some select knowledge workers in your organization superpowers, in what ways would you expand their capacity? In particular, what decisions would you help them make better?

Many managers like to think in terms of “leverage points” in the enterprise—that is, places where a small improvement in operational performance is able to yield large gains in market performance or fulfillment of the organization’s mission. Your goal here is to identify those valuable people who are making the decisions that really move the needle on enterprise success. Another question to surface these opportunities might be: Who are some people you are currently compensating highly, yet only wish you could hire more of? Augmenting their capabilities with technology can help you not only keep paying them well, but also attract more of them.

When you have identified these knowledge-intensive roles, talk to them. Do they wish they could do better for their customers, if only they had the computational power? Where are they wasting their time and the company’s money by doing work that doesn’t require or benefit from their talent? If they were able to offload routine tasks they have mastered, how would they propose to use the time instead? The best way to get people to use a new tool, of course, is to give them the tool they ask for.

Once your organization has identified and prioritized some of the key opportunities for cognitive technology, it makes sense to begin thinking about what types of cognitive technologies might address them. There is a range of such tools—from machine learning to natural language processing to robots to robotic process automation. Each does different things to different types of processes.

Sometimes, with a clear idea of what decision or activity to target, it’s easy to identify the cognitive technologies that would apply. At other times, however, breakthroughs in the technology itself suggest possibilities for augmentation you would not have imagined. So it’s useful to stay abreast of developments in the various domains of cognitive technology and to keep asking the question: How could we make use of that?

For example, one recent development is that computers have learned to read and make inferences from fast, vast digestion of textual content. If you weren’t part of the artificial intelligence community, you might have first learned of this when IBM’s Watson won Jeopardy! To come up with each response, Watson (specifically its “Discovery Advisor”) read a “wide range of encyclopedias, dictionaries, thesauri, newswire articles, literary works, and so on.”1  How could you use that power? At the Baylor College of Medicine in Dallas, they used it to read through more than 70,000 scientific articles, looking for accounts of any protein that could modify p53, a protein that regulates cancer growth.2  Most scientists would struggle to identify one such protein in a year; Watson took only a few weeks to find six (of course, it took many years to develop Watson and adapt it to “reading” biomedical literature, and the project was only a proof of concept).3  Other organizations are using similar technologies to glean insights from natural language content that exists in enormous volume.

Or think about the “Internet of Things”—the ability to place small sensors on objects in the physical world and have them communicate readings in real time. The rise of this technology has been governed by the rise of computers with the processing power to deal with the immense amounts of data produced; unaided humans could not conceivably monitor and control the vast sensor networks used, for example, to detect if a tsunami is brewing far offshore. It’s likely to take tools like machine learning to deal with that much rapidly flowing data. It has probably not occurred to your organization, therefore, until recently, to ask: How could we improve our business if we did have that ability? It should probably occur to you to ask that now.

With these factors as background (and perhaps some other discussions about regulatory issues if you are in an industry that is highly regulated), you may be ready to identify some specific processes, applications, and technologies—prioritized by their importance to your organization’s success. Most organizations today aren’t ready for a full portfolio of cognitive applications; so you may want to begin implementing just one or two.

This is not the place to get into detail about how to build and implement cognitive applications, but it is appropriate to emphasize the focus on the business process at all times. Just as with other types of process-changing technologies, it’s important to plan simultaneously for the new system and new ways of doing business. Knowledge workers generally don’t like to be told what to do (even more than other types), so you may want to involve those who are affected in the design process. Begin planning early for new roles and tasks for humans. And if some workers are going to need major new skills in order to keep their jobs—or if you’re not going to need as many workers as you did previously—it’s good business to help them begin preparing early for the new environment.

Not since ERP and e-commerce has a new technology offered as much business-changing potential as cognitive tools. They hold the potential to augment the capabilities of the smartest humans, and to dramatically improve the productivity and effectiveness of complex knowledge work. There is and will continue to be a lot of hype about these technologies, but in my view it’s not undeserved. It’s time to jump on this bandwagon, but make sure you bring along some business change with it.