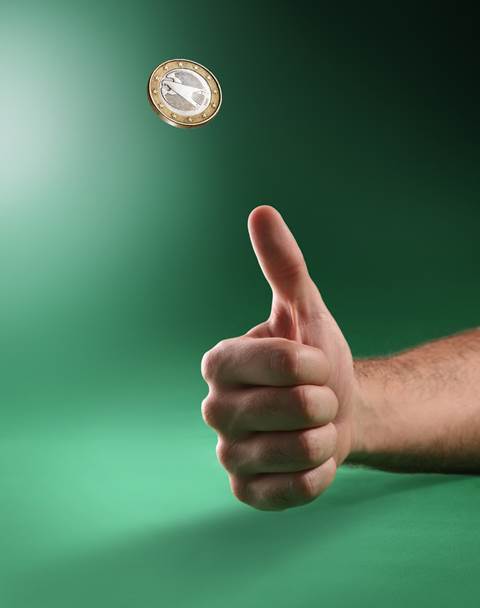 Today we have Watson but in 1961 Isaac Asimov wrote a short science fiction story about the Multivac — a supercomputer that helped humans defeat the Denebians in a war.  The story is set after the successful conclusion of the war.  Three key leaders in the conflict have a conversation that originally starts with accolades for Multivac’s directed victory.  But as the conversation progresses, two of them confess to either manipulating the input data or to “correcting” the output from Multivac via “intuition.”  Finally, the third, who was tasked with executing Multivac’s recommendations revealed that he also did not trust Multivac.  He declares, “Multivac is not the first computer, friends, nor the best-known, nor the one that can most efficiently lift the load of decision from the shoulders of the executive. A machine did win the war, John; at least a very simple computing device did; one that I used every time I had a particularly hard decision to make.”

He then reveals the actual machine that he used to win the war, as he flips a coin:  “head or tails, gentleman?”

We are early into the cognitive computing era and humans are beginning to figure out what kinds of interactions they will have with smart machines.  Tom Davenport’s book lays out some of the ways automation will impact various professions.  Even data scientists, the architects and engineers behind machine learning, may feel threatened.

The real story though for smart machines is human augmentation.  Automation conveys the notion of replacement, and indeed many human tasks will be replaced.  But augmentation is about how human productivity can be improved by collaborating with smart machines.  Yes, this means sometimes radical and even painful transformations of processes and professions.  But as with the Multivac, humans will still be in charge, and, although perhaps not to the extreme portrayed by Asimov, be able to channel the machine.