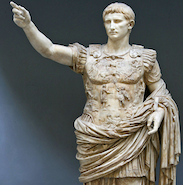 One of the leaders of First Analytics, Tom Davenport, has written about how to organize analytics professionals within companies. For example, in “Five Ways to Organize Your Data Scientists” he comments on organizational variations ranging between a fully decentralized organization with no coordination, to a centralized group reporting into a strategy function.

Now we are starting to see the emergence of the so-called Chief Analytics Officer. There is even a conference for such executive professionals (Tom is also involved with the sponsoring agency, the International Institute for Analytics). In the early days of our profession analytics was performed in a grass-roots sense, for niche applications, and in various disparate pockets of a company. There was no coordination of effort or resources and there were often several “lone wolves” rocking the boat.   As analytics as a practice took hold, the waste of resources and the downside of political and cultural clashes of these uncoordinated efforts led to recommendations of taking an enterprise approach to analytics.

In European history the expansion of the Roman Empire subjected many fiefdoms to the rule of the emperor. It is said that this imposed Pax Romana established, for the first time in human history, a protracted period of peace, stability, and economic prosperity.

So as companies mature to an enterprise approach to analytics, will companies who establish the rule of their own emperors — CAOs — experience peace and prosperity with analytics? Or are CAOs just another fancy “me-too” title to add to the now-prolific list of CxOs?

One of our clients is counting on the former now, as he moves to establish the post and associated organizational structure. But it is a difficult thing to design and implement. And of course, the political, cultural, and change management issues are daunting.

What advice would you give him?