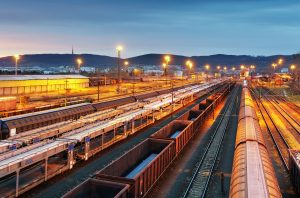 As a heavy industry, railroads seek to appeal to the finance community by focusing on metrics that speak to the company’s efficient utilization of its assets.  A key metric is Operating Ratio, which is defined as operating expenses as a percentage of revenue.  The smaller this ratio, the more efficient the company is in reducing operating costs as a percentage of revenues.

Lowering operating ratio has been an objective for railroads for more than a decade.  They have been successful, as seen in Figure 1.   An industry goal has been to get operating ratio to about 60, and recently, even lower than that.  Every Class I railroad has experienced a nearly continuous reduction since 2008, ranging from 4.0 to 22.3 points. 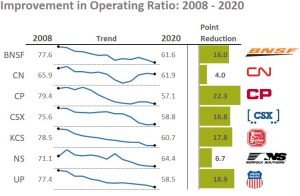 While these trends are impressive, one wonders how low they can go.  As time goes by it becomes harder to get better.  In other words, each incremental improvement is usually harder than the previous, as there is less fat left to trim.

To understand this phenomenon we built a statistical model to estimate the underlying trajectory of the annual operating ratios of the Class I railroads.  Figure 2 shows the historical operating ratio of each railroad.  The green line, roughly in the middle of them, is a combination of those ratios.  This is not technically the average, but rather, an estimate of the underlying trend curve of the combination.  We are interested in the overall trend and how it evolves, and in particular, how that trend projects forward after 2020. 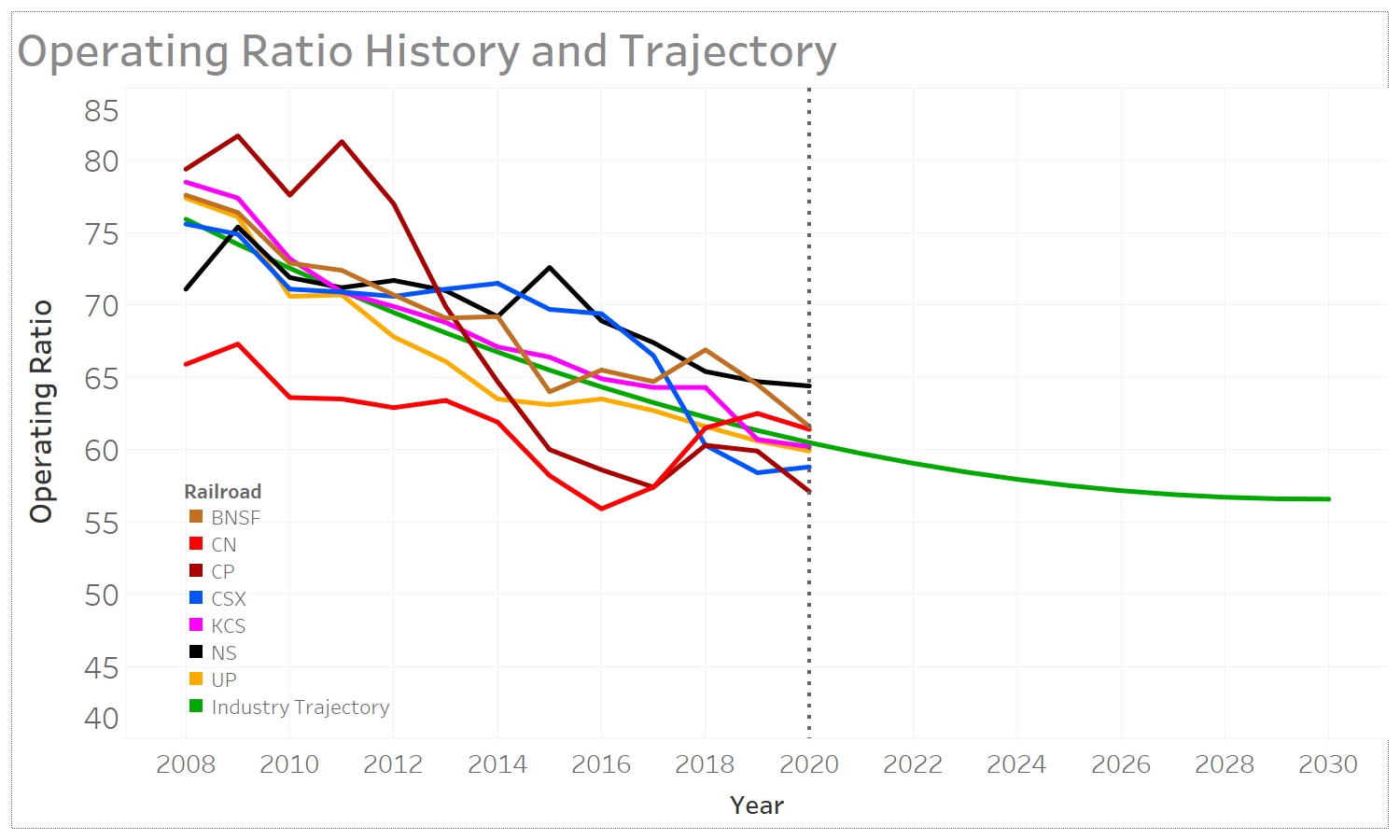 You can see that the shape of the green line in Figure 2 is downward, but that the rate slows over time.  In fact, projecting beyond 2020, the trajectory begins to flatten around 2026.  This suggests that within a few years, the railroads will have nearly bottomed out on their efforts in chasing operating ratio.

Of course these projections are theoretical and based on historical data.  In fact, Wall Street pressure appears to be shifting such that railroads may not focus as much on this metric.  See this recent article, Cult of the Operating Ratio may be loosening its grip, where several analysts and rail executives discuss this redirection.

An emphasis on other performance metrics, such as volume growth, is timely, as the pursuit of lower operating ratio is naturally running out of steam.