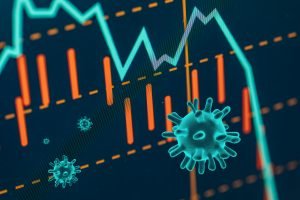 Data scientists at First Analytics were among many in the profession who were pressed into service to address the pandemic.  Our chairman, Tom Davenport, recently published several stories showing how various companies grappled with the radical change in their business.

Becoming “citizen epidemiologists”, in a sense, provided us with some learning experiences.  Among them:

Apart from these technical aspects, we observed several cultural and societal phenomenon.

For the data scientists working this problem (both at First Analytics and at some of our clients) , modeling the pandemic became a drag on the psyche.  This was especially true in the early days, where some modelers were updating models every day, seven days a week, for an extended period, and witnessing some of the terrible turns in the data that they thought and hoped would settle down.  Tom’s article was correct when he said, “all the data science and analytics people I spoke with will be happy to return to more traditional domains.”

For some examples of things we would like to NOT do again, check out this Pandemic Response case study.

Know how. Know why. Know where to go.
Start Here
Copyright © 2021 First Analytics. All Rights Reserved. Website by The Marketing Machine.
Back To Top