As of Monday, November 21st, 2022, the prospects of averting a nationwide rail strike appear to be grim.  The Federal government intervened in September, avoiding a strike at that time.  But there was a sense that this was just “kicking the can down the road.”  In fact, weeks later, experts who closely watch the industry were placing bets on the strike occurring when certain deadlines in December pass.

An expected December outcome is that a strike will occur, but that Congress will step in, ending a strike in a day, or perhaps hours.  But even a single day strike can have a substantial impact on rail traffic flow.

Rail network fluidity is a complex and delicate thing.  Even small disruptions can propagate slowly through a network.  Interruptions can take days to work themselves out of the system.

We have, in the past, modeled rail network fluidity, focusing on key performance metrics such as railcar velocity, dwell time, car inventory, etc.  The models relate all of these factors in a systematic way, as well as to other influences such as weather, holidays, and other interruptions and events.  The models allow us to simulate different scenarios. 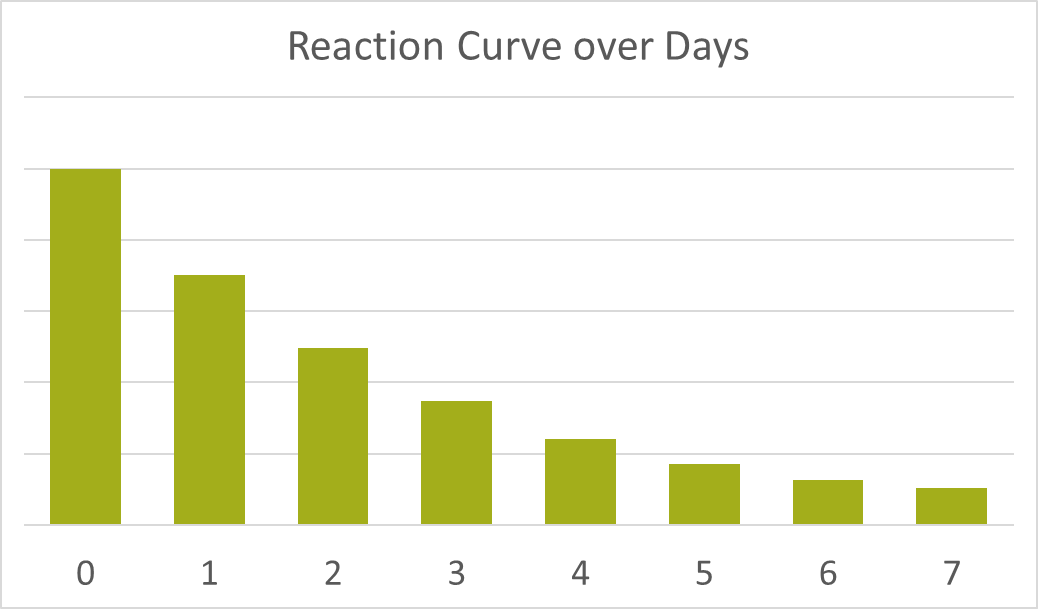 One way we have used the models is to measure the impact of a holiday shutdown, like Christmas, to see the recovery time needed to get back to normal operations . These recovery periods  are estimated by the models.  A typical reaction/recovery curve is shown.  The bars represent the initial impact at day zero, then the relative decline, or return to normal, over the next seven days.

A holiday shutdown is not really a complete shutdown;  some trains still run.  A strike, however, would have a substantially larger impact on a rail network.  It would take many days to recover, even from a one day strike.  The figure shown is not an estimate of the recovery time or pattern resulting from a strike.  It is merely illustrative, though based on a real scenario that was studied.  In fact, the recovery time could be much longer for a strike.

Of course, these are longer-term solutions.  Meanwhile, for the sake of the economy and its backbone, the rail networks, let’s hope a stoppage of even a couple of hours is averted in December.